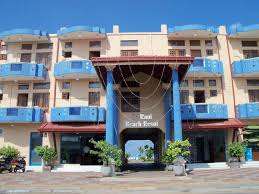 The Government of Sri Lanka Was Attempting  Creating Monopoly on Web based News Media release which based in Sri Lanka  and releasing Suppression on Journalists at E Media Sector to aiming to the  coming Presidential Election will be planning on January 2015 .The most recent incident of the attack on expression is the obstruction of a workshop for web journalists on cyber security which was to be held on September 28, 2014 at Negombo.


Around 20 web journalists, representing all leading websites operating from Sri Lanka, were to take part in this workshop. However due to pressure applied by Negombo Police and Police HQ to the hotel in which the event was to take place; the workshop had to be cancelled fearing repercussions and security. Same tactics were used in previous occasions as well.

We seen this attack on web journalists as a part of a broader plan to cow the political opposition and dissenting voices into submission before the crucial presidential election in 2015. By suppressing web journalists the government will be able minimize the flow of sensitive information to a significant number of people, especially the youth, thus being able to create a monopoly of information.In the last few years we have noted that it is often new media and social media that pick up issues and create a public opinion on sensitive issues. The recent brutal assault of a woman in Ratnapura by a policeman is a fine example of this. Earlier during the Uva Provincial Council elections, it was web based news sites that first carried  images of unmarked vehicles that were electioneering.  News websites feed news to social media, even stories of banned websites reach massed through this mechanism. Thus they also assist mainstream media to push the limits of their reporting. We believes that web journalists have made a vital contribution to the free flow of information and have created a platform for dissenting voices.